Soda and chips and bacon and hash browns…foodiesaywhat?!?

Good afternoon everyone! I’m a couple days behind (surprise surprise) but am here to do that whole updating thing. There’s actually a bunch more food pictures than I thought so that’s always pleasant.

As unhealthy as it is, when I get a can of soda it makes my day instantly better.

I’ve been doing a bunch of baking lately. One project was for my day beach trip with my Rider ladies. I wanted to do something that would be substantial for a beachy setting.

What we’ve got here is a multi-layer fruit filling bar or Layer-Layer-Layer bars OR what happens when I decide to mash together two different recipes.

Just when you think I’m done with layers… THERE’S MORE.

Ending results were tasty but messy and the recipe needs to be refined hardcore. Too many inconsistencies for my liking. Live and learn!

Along with the LLL bars, there was beautiful beach weather, other delicious noms and just general positivity/happiness.

Breakfast? I was in a rush that morning and didn’t have time….this is just another reason why Wawa is a great great thing.

Again, Wawa to the rescue. Sub with turkey, swiss cheese, tomato, lettuce, roasted red peppers, pickles and a little bit of oil and vinegar. OH, and there was BACON on it too.

Fast-forwarding a bit to keep on the bacon topic, we had dinner at Cracker Barrel (WHEEE) and, yes you guessed it, MOAR BACON.

She would fit right in with the EpicMealTime guys. 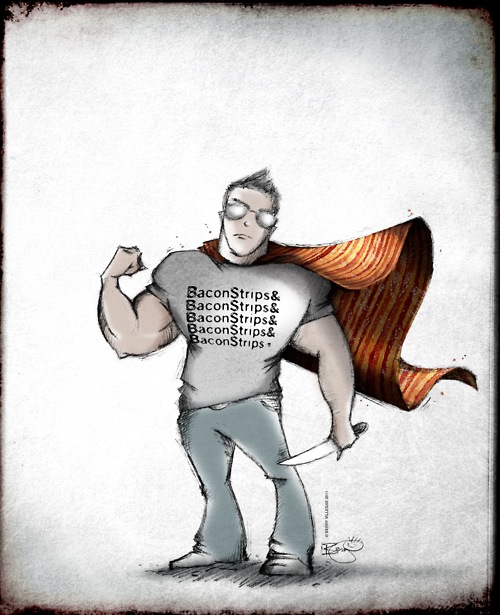 The rest of the trip included ocean shenanigans, the nicest waitress ever, belting out “I Will Always Love You” three times in a row, LOTS of Games of Thrones, bar creepers, a guy named Penguin, pretzel sticks and even more Wawa (I ate an apple and a Kashi bar during the drive home)

Like I mentioned before, my cousin’s graduation party was this week. For the occasion, I decided to make something I saw in the Shoprite paper. Name of the game?

You’re essentially taking the recipe for cannolis (original recipe post HERE) and instead of frying them as tubes, you use cookie cutters to make shapes instead!

I opted to use heart shapes. They were the perfect size and just that right amount of adorable

Much easier to make than real cannolis and they’re more laid-back esq…. if that makes any sense anyway. Instead of filling tubes, the filling is made in one container and scooped out at will!

Everyone at the party seemed to like them so I declare this a success!

The food, as expected, was delicious

We’ve got salad, some roast potatoes, a bunch of green beans (nice and mushy the way I like them!), a bit of homemade Mac and Cheese, a small piece of chicken and a bit of sliced steak.

When I took my camera out my cousin Sam asked me what I was doing and I gave a slight synopsis of a typical food blogger. Then, naturally, she asked for me to take a picture of her plate.

Also, she wanted me to let everyone know that Aunt Marge’s Macaroni and Cheese is her favorite thing 😀

This morning, fast forwarding a little bit more, I was up bright and early again. This time I was making hash browns because Serena randomly asked about them a couple days ago. Making them is an

absolute snap and literally took me 10 minutes at the most!

I peeled three potatoes, shredded them and then wrapped them in a dish towel and squeezed out the excess liquid.

And then threw the towel down the basement stairs when I was done with it….

Add a little bit of salt and pepper to the potatoes, shape ’em into patties and then fry until golden brown!

They were a little bland for my taste and would be awesome with diced onions. Serena liked them though so it’s all good. Nutritious breakfast? Not exactly sometimes I just want to fry things. 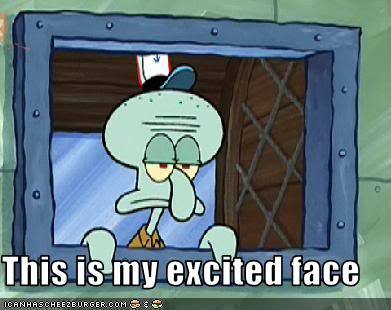 I didn’t actually indulge in the fried entities aside from a required tasting and instead went to ole’ reliable.

Even when faced with fried perals, oatmeal triumphs in the end!

That’s all I’ve got! Tomorrow is a shopping bonanza/costume searching with Kat and then Thursday begins the epicness that is PHILADELPHIA COMIC CON. Ha bisky I literally CANNOT wait!!! There’s going to be pictures and more food and awesome nerdiness and I hope everyone prepares themselves.

Have a good rest of the day everyone!