“I don’t feel that I need to explain my art to you.”

Typical greeting for a typical day. I mean, typical except for the fact that my dining room table has been taken over by some strange book report that involves making a snowman out of Styrofoam. Projects for kids have gotten a lot more complicated.

I actually don’t have that much to say in this post, besides the random cheering anyway.

Yesterday I spent a chunk of my day painting closets in Cate’s new house. Before I started Justin actually said to me, “You’re not going to go put pictures of the closet on your blog are you?”

Well sir, that wasn’t even in my mind but now that you mentioned it….

Don’t those holes look like eyes? They were creeping on me the entire time… well, at least until I painted over them. Painting is a lot harder than I thought. Lots of bending and arm stretching! Also, I was told I paint like some kind of Picasso maniac. I don’t think that was meant as a compliment I’m going to take it as one anyway!  Hahaha.

Creepy closet thing is the only picture I took. No food at all. Nope. Guess I was unmotivated. Also, my camera battery had died so that didn’t help. My bad!

My Sony just needed his beauty sleep and was up and ready for breakfast photos.

It was a colorful kind of morning! The usual gang:

Sidenote: My camera doesn’t have a name and I’ve decided I want to name him something!

Due to the snow, as I may or may not have mentioned a hundred times, exercise has been limited. As a result, I took to the stationary bike again for an hour. It was a good workout but guess who has a literal pain in her butt again? 😉

After a shower I grabbed some foodage which was basically a random combination. 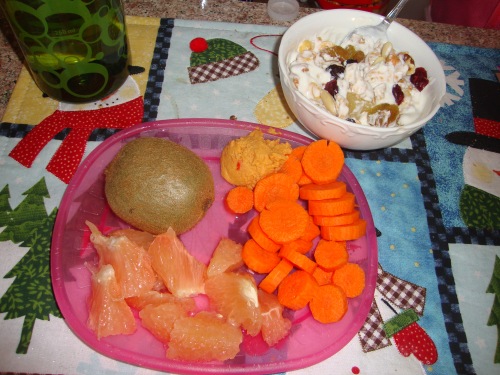 My other sister, Shannon, was in the kitchen at the same time. She kept looking at my food with a disgusted face and saying, “You eat such weird things.” You know, if there’s one thing I’ve become accustomed to, its people telling me I eat weird things. I’ve become quite OK with it and even enjoy it but I could help but respond with,

I don’t feel that I need to explain my food choices to you.

Whoops, was that a little sassy of me? Not really. More so I was channeling my inner AJ from the movie Empire Records. And if you have no idea what I’m talking about, look that movie up ASAP!

I’m ending this post with some pretty snow pictures from my backyard to make up for the lackage. Tomorrow’s post is going to be better… there’s going to be CHILI! 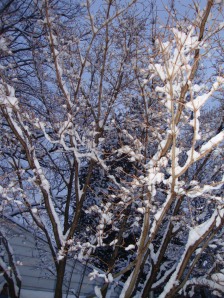 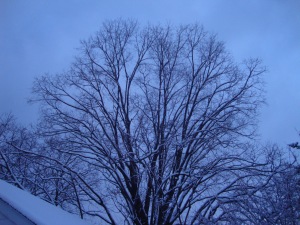 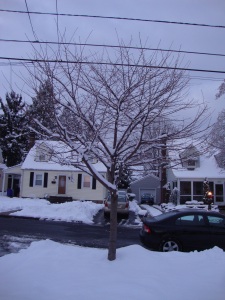 Aaaaaaaand a picture of Matt Smith, just for good measure