Did anyone else notice that WordPress was snowing all over the place? Somebody is well into the spirit of the season! Good for you WordPress!

I’ve fallen behind and when I looked through the pictures I wanted to put in this post I realized that there’s a lot of sweet tooth items. Whoops!

Apples are sweet…. especially when they’re not covered in dents!

And I’m completely sweet at using the soft-serve machine. Legit, I make ’em perfect every time.

Thursday night was the LAST Senior Pub Night and it turned out to be quite a hoot and a half. Dancing and drinking and ridiculousness and also became aware of the fact that an intoxicated me is quite the ballsy chick. 😉

I also have a moral to go along with this. It IS possible to go and have a blast at Senior Pub Night and STILL get a good grade on a major test the next morning. Just saying 😀

And that night Dalys continued the sweetness theme that apparently had become my life. In enters the chocolate fountain that sometimes makes an appearance. 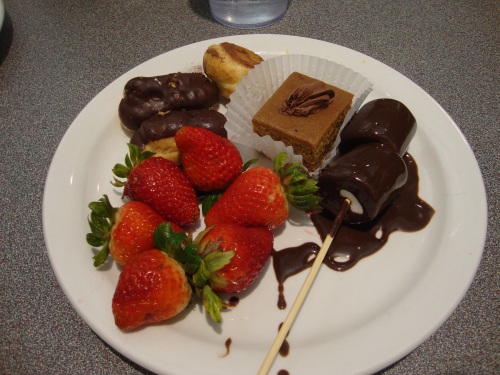 Kat and I shared this plate. Although it looks quite nice it was mostly a letdown. The eclairs were typical and chocolate and marshmallows were fantastic. However,  the strawberries were mushy and that little square of bread (pumpkin spice bread I believe) was dry as anything.

It caused us to revert back to childhood impulses and literally play with our food. 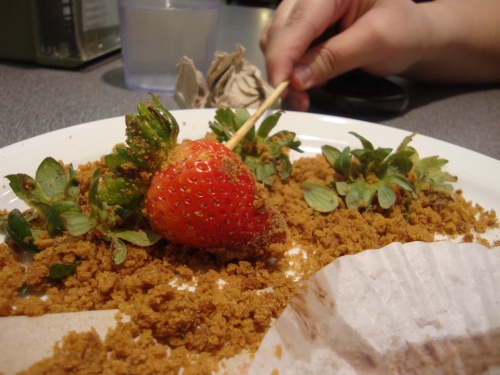 Next day was a lovely adventure that included a cardio charged workout (50 minutes on the elliptical and 2 miles on the treadmill) super long tours of the surrounding Rider area, shopping for lumber at Home Depot and stupid camp. Also….

My egg wrap actually stayed together! Nestled inside:

Furthermore… my roommate enjoys this

And collectively we enjoy Panera.

Sometimes I can’t help myself and get the broccoli cheddar soup despite all other logic. It’s just so good…. BCS triumphs over health knowledge. NOM.

On the side I had half of a turkey sandwich and a little tiny apple.

Later later… we sat in Starbucks for 2 hours and talked… and talked….and talked. 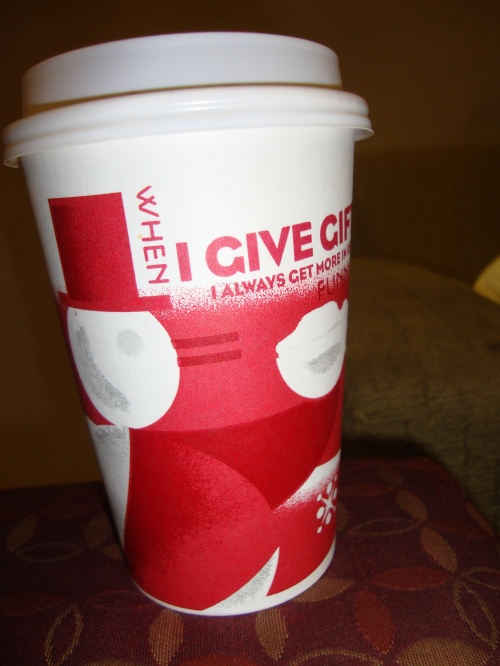 Pumpkin Spice glory…. and don’t you forget it.

And my weekend is ending with homework, endless amounts of room-made coffee and hip hop songs out the wazoo. Successful times all around I think!

Enjoy the rest of the night everyone! ❤

Sometimes… my roomie finds me new workout gear for $2.50. Pink palm trees anyone?